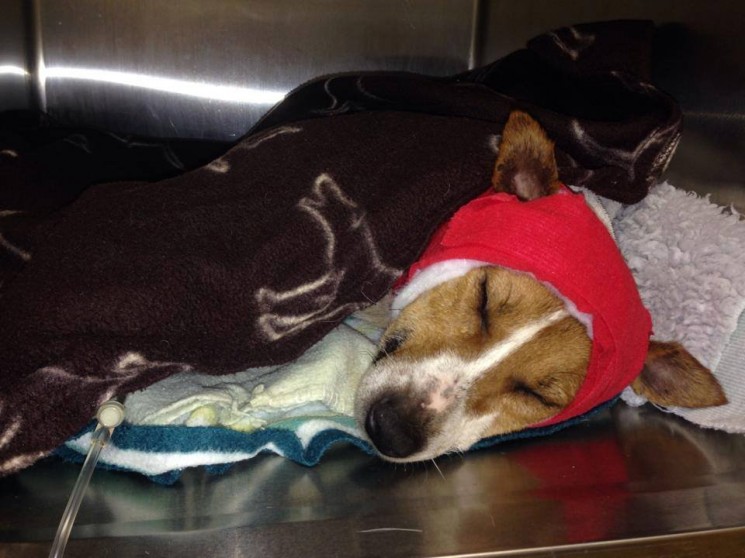 On 31 March, we got a call from our vets Riverview Vets Ballincollig asking if we could help with a male Jack Russell Terrier handed in in appalling condition. This bewildered creature, whom we named Thor, was suspected of having been used as bait in dog fighting. Thor was in dreadful pain with severe deep lacerations to his head, neck and both hind legs, infections to all wounds, and no ability to bear weight on one of his legs which was shattered and septic. DAWG is really struggling with special cases right now but we simply could not say no to this kind of suffering, even knowing Thor would require surgery and weeks of post operative care.

Thor has undergone a number of the operations. Unfortunately his rear leg could not be saved and had to be amputated in the last couple of days. His story has touched the nation and we are overwhelmed at the generosity of the public and how he has touched so many hearts. We will keep you posted on little Thor’s progress. 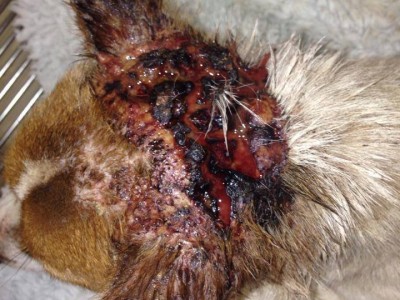 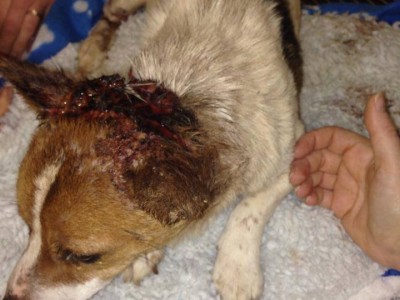 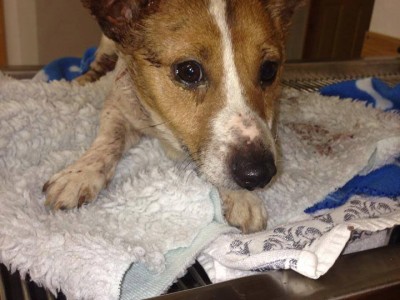 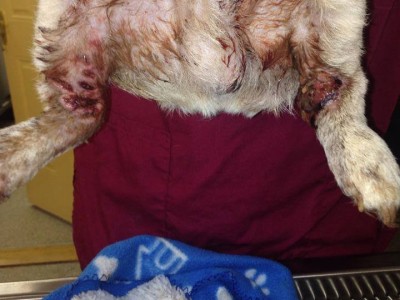 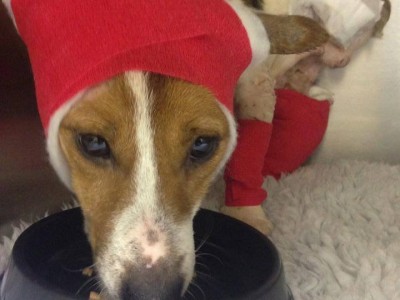 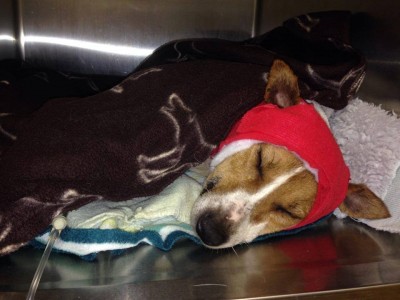 Donations made in Thor's name will help us to pay for his ongoing veterinary care and rehabilitation. Thank you so much for your generosity.
Thor