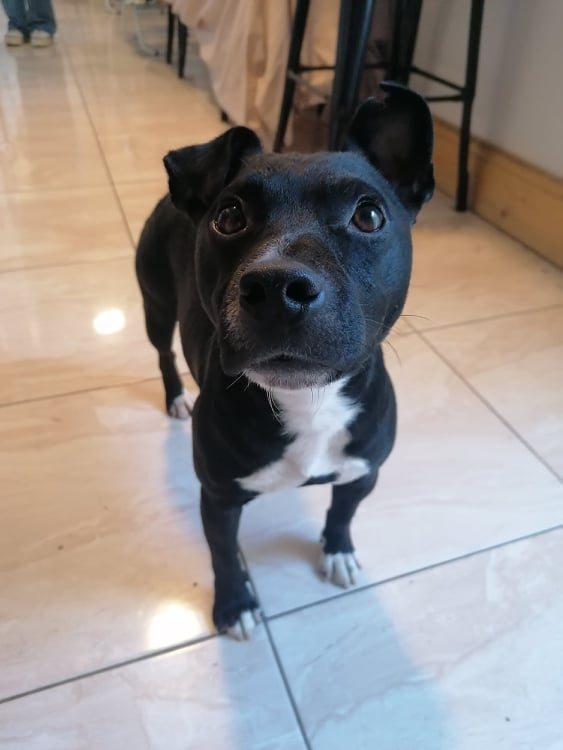 Sox is a gorgeous Patterdale X, who is roughly 1.5 years old. He has a few battle wounds so we don’t think he had the best start in life, but that is not reflective in his personality at all! He has been with DAWG since November, and is having a blast with his current foster family. He is very good on the lead, and is housetrained with his current foster family. He is responding well to basic training and has mastered sitting very politely- especially when someone is cooking dinner! He is also a very quiet dog, rarely barks or makes any noise at all! He travels very well in the car- either on someone’s lap in the front or in the boot, he is very calm and comfortable in the car. He is also well able to be left alone for a few hours at a time in the house as well without any problems! Sox loves other dogs and wants to say hello and play with every dog he meets on a walk! Like all young dogs and terriers, he has lots of energy and loves playing and being chased around with his toys, and particularly playing tug-of-war! However he can be a very lazy dog sometimes and you can often find him lying in his bed or on the sofa demanding belly rubs or to be picked up and cuddled! Sox could be suited to a home with another bigger dog, or dog of a similar breed that has the same energy as him. An environment where he can learn from another dog could be beneficial for him too. However he is unproblematic as an only dog in a home, so either home scenario would suit Sox. He needs a home with people that are willing to play with him lots, bring him for walks and help him progress with some training and commands!

Sox is only about 8kg. A bit bigger than a jack russell but his photos can make him look bigger. 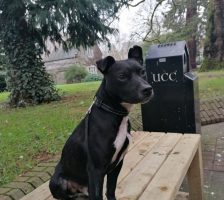 Sox has gone to his forever home!