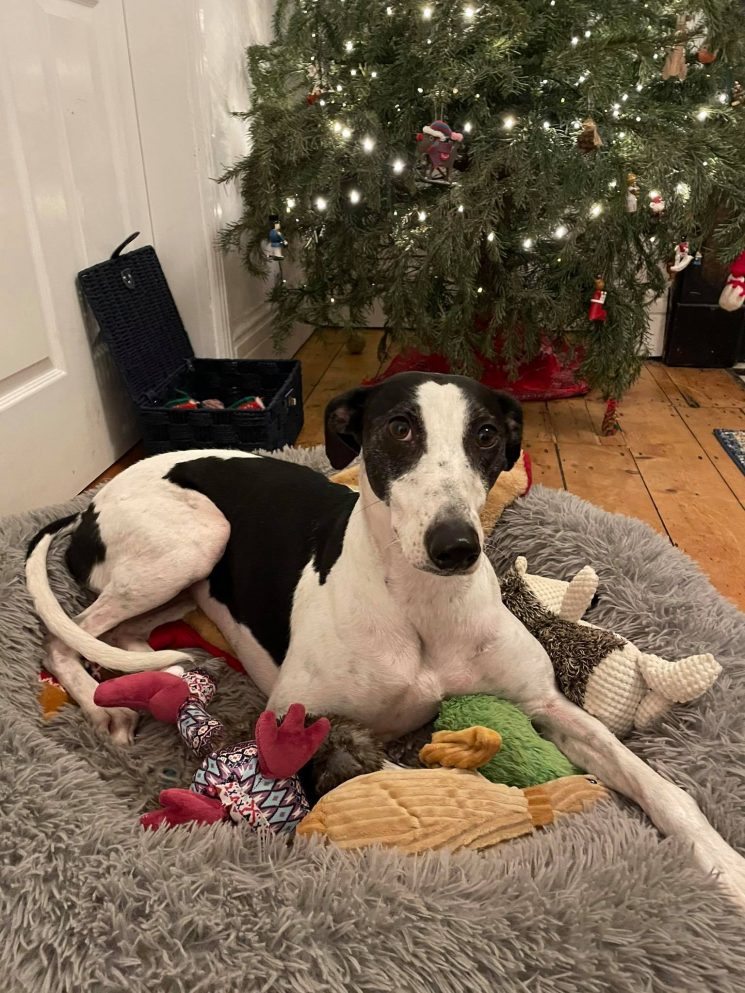 Sally is a very sweet girl of approximately 4 years old. Her favourite place to be is relaxing in her bed, though she likes playing with her toys also. Sally has a wonderfully affectionate nature and loves to lean in, rest her head and gaze up at you.

From her scars it would seem that Sally did not always live with kindness and when she first arrived she could not walk on the tiled or wooden floors and tended to crash into everything. She can still be a bit wobbly on her feet though some days are better than others. Sally had quite a pronounced head tilt when she arrived (veterinary opinion is that this is likely due to previous trauma to her head) but with some physio exercises this is improving. Neither the wobbles nor the head tilt can stop Sally though! She loves her walks and to run in the fields; her recall is superb.

Sally is good with children but perhaps over ten years old as she does not always move in a straight line!

Sally gets on well with her foster sibling (also a lurcher) and all the other dogs, big and small, that she has met and played with to date. I think that a home with another dog or flying solo would both work for Sally.  Sally would be bet homed with another lurcher or dog her own size.

Sally has gone to her forever home!