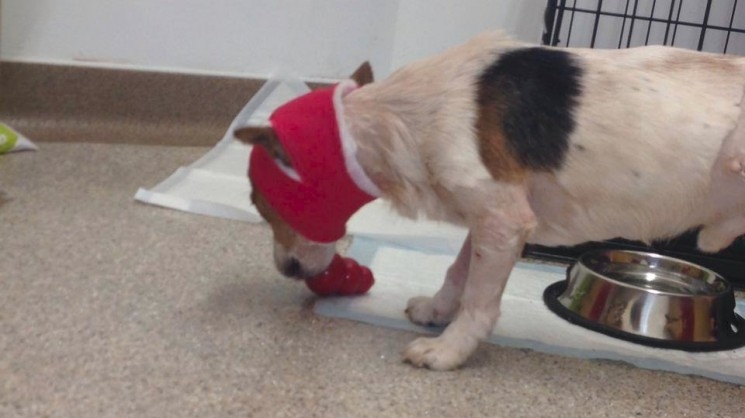 Little Thor’s plight has touched thousands of hearts. TV, newspapers, social media sites: so many people have seen his photo and read his story.

Last night one of one of our members went to visit him and see how he is doing. She was so upset after spending some time with him. Even though as you can see his physical wounds are healing nicely, Thor is a very scared, bewildered, tiny dog who has been to hell and back. He shows the whites of his eyes with fear if you approach him and is afraid to look at you. Eventually he will watch and take notice but there is absolutely no sign of a tail wag. And sadly we think it’s a long way off. 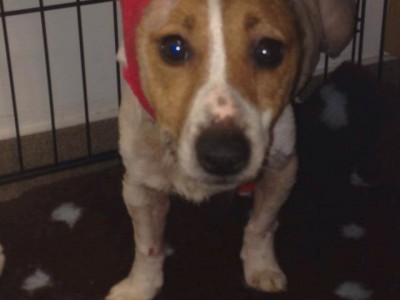 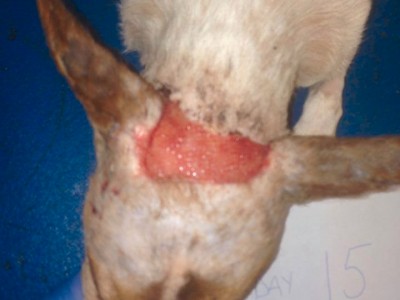 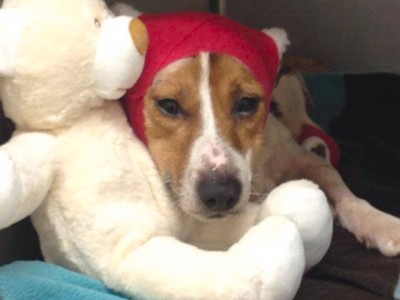 Thanks to the kindness of our supporters we can do our best to restore Thor’s physical health, however the journey to allay all his fears and mental scars will be a long one. Not for the first time in animal welfare we wonder at the mentality of people who abuse dogs and torture them. Thor’s injuries would indicate that he was a victim of the barbaric and despicable act of dogfighting.

With love, kindness and care Thor will someday understand that not all humans are bad. He is the lucky one, our hearts are always with the dogs that end up in these fighting pits, torn apart and left to die in most horrific circumstances. We are under tremendous pressure trying to cope with the sheer numbers coming into our care and to pay for the many dogs who need help. We thank you for your support; without it the fate of Thor and so many others would be death.

Donations made in Thor's name will help us to pay for his ongoing veterinary care and rehabilitation. Thank you so much for your generosity.
Thor