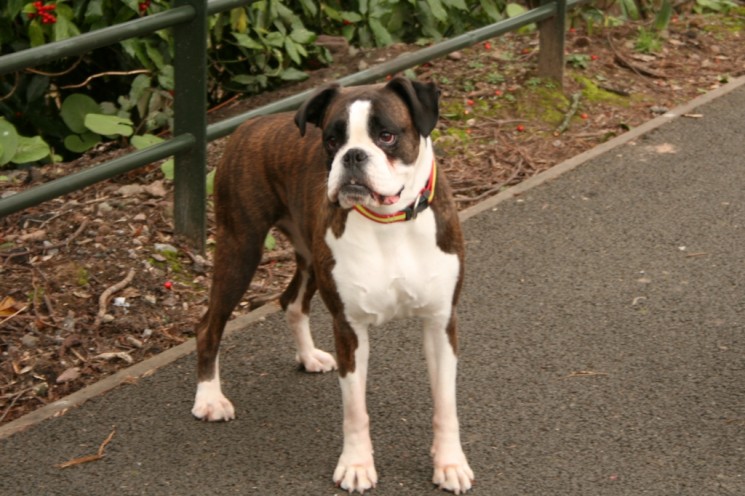 We adopted Eimear, a terrified and emaciated puppy mill breeder, from the pound in 2006 because she was the dog who most desperately needed to get out of there. Despite a horrendous start in life, she rewarded us by becoming the most devoted companion we could ever have imagined. We adored her and her death on Christmas Eve 2013 broke our hearts.

Every dog we foster for DAWG we foster in tribute to Eimear in the hopes that each one will bring as much joy to a Forever home as Eimear brought us.

Remembered by: Sabrina and John

Add your name to Eimear the Boxer's visitor book