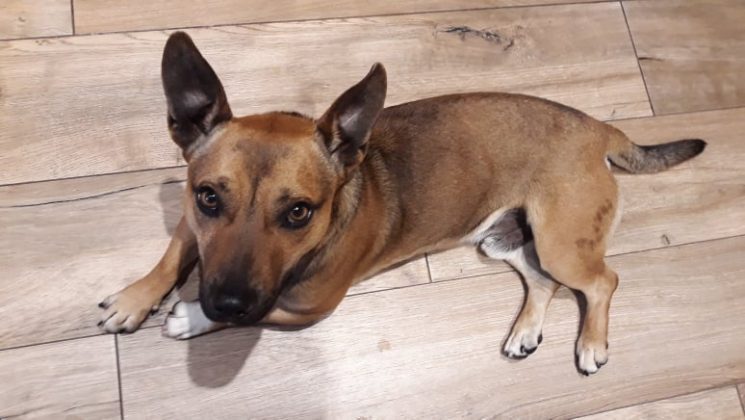 Sparky is a fun loving, kind natured dog who loves to play and go walkies before settling down to enjoy lots of cuddles and naps on the couch. He’s an energetic boy so would like an active home where he would have plenty of exercise and company during the day as he hates being on his own. He’s quite nervous in new situations so would ideally like to live with another dog who can show him the ropes and reassure him. But can be the only dog as long as he gets the company and guidance he needs.  He has a very sweet personality and really wants to be a good boy for his humans. Children over 8 and an enclosed garden needed for Sparky. Housetrained – yes Good with cats – absolutely not! Sparky may be slightly taller than a jack russell but he is stockier than he looks and is approx 15 kg in weight. 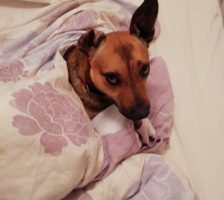 To find out more about Sparky the terrier x: