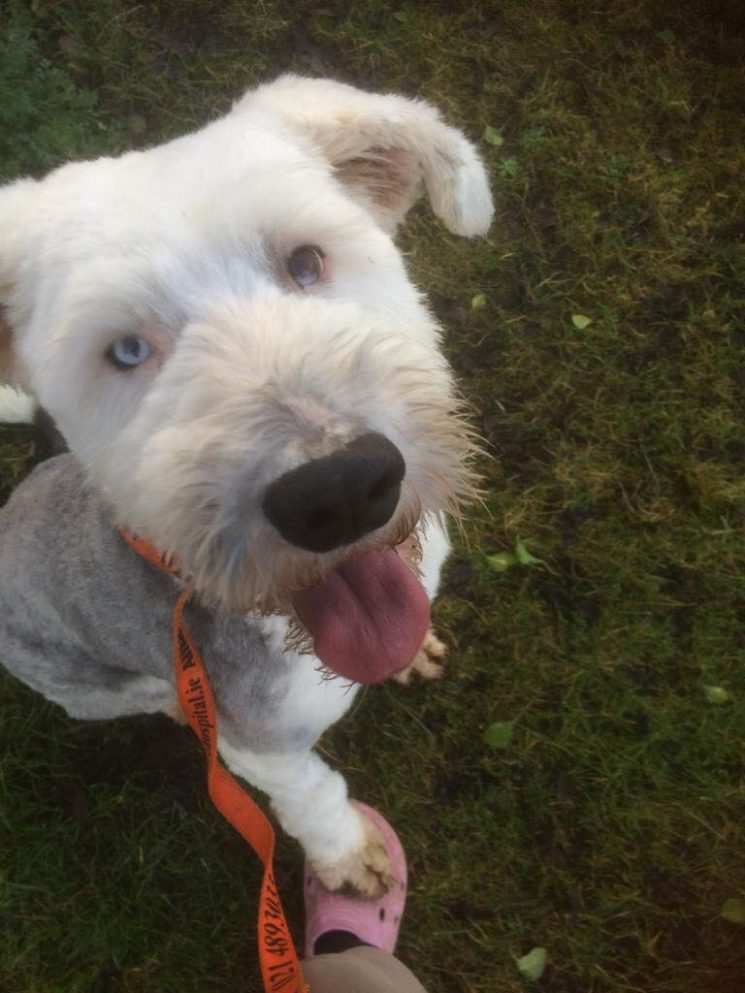 Harley is a very handsome, sweet-natured, affectionate 2-3 year old Old English Sheepdog and typical of his breed absolutely loves his humans. He is a very clever dog and a fast learner and has made huge progress in a very short space of time. He can sit, sit for his food and walks well on the lead, but will need ongoing training and will make great progress once he has a structured routine. He settles down very well in his crate at night, but will need continued house training to build on the great progress he has already made. He will need an active home where he gets lots of walks and mental stimulation, but will settle down very well and sit by your side (because he loves his humans!). Harley will need someone who is home a lot and can give him all the love and attention he deserves. Harley will need to be the only pet in the home. He has limited vision in both eyes, which doesn’t stop him at all and, as he has a sensitive tummy, he will need to be on special food. We cannot say enough good things about Harley, only that he will absolutely thrive in the right home. Harley will need a very secure garden, as he is a bit of an escape artist and as he is such a clever boy, he can open doors very quickly. Children over 10 for Harley. 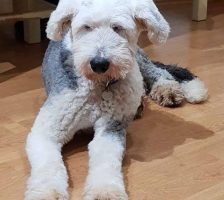 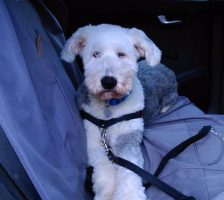 Harley has gone to his forever home!