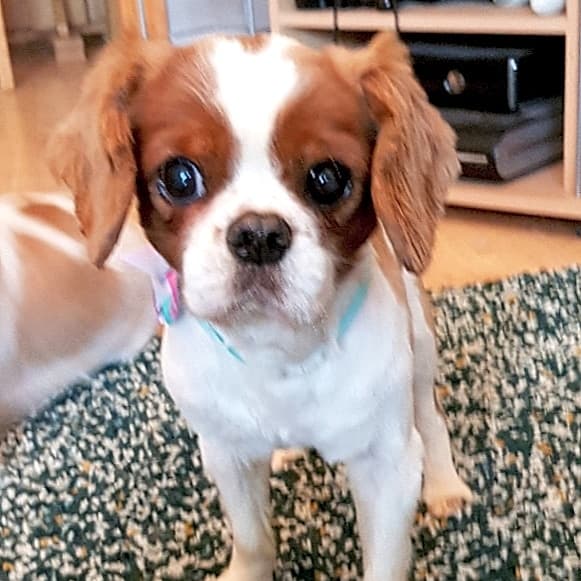 Biscuit came to us in December 2019 from a puppy farm. We estimate him to be approximately 8/9 years of age. When he came in he was severely traumatised having being kept locked up his whole life. He also has a genetic condition common in Cavaliers plus severe eye problems which had been badly neglected. He was blind in one eye and his other one was going a similar direction. Purely from lack of veterinary care. Several months on and he is still getting used to being out in the outside world. He loves his foster brothers and sisters and plays with them like a puppy. He is on medication for his eyes for life but has made a remarkable recovery in them. He still doesn’t trust humans but we are slowly but surely breaking down his defences with love and affection. Biscuit is another example of why puppy farms must be shut down. He has lived years in hellish conditions but thankfully in his foster home for life he will never know a dark day again. Thenk you for sponsoring Biscuit.